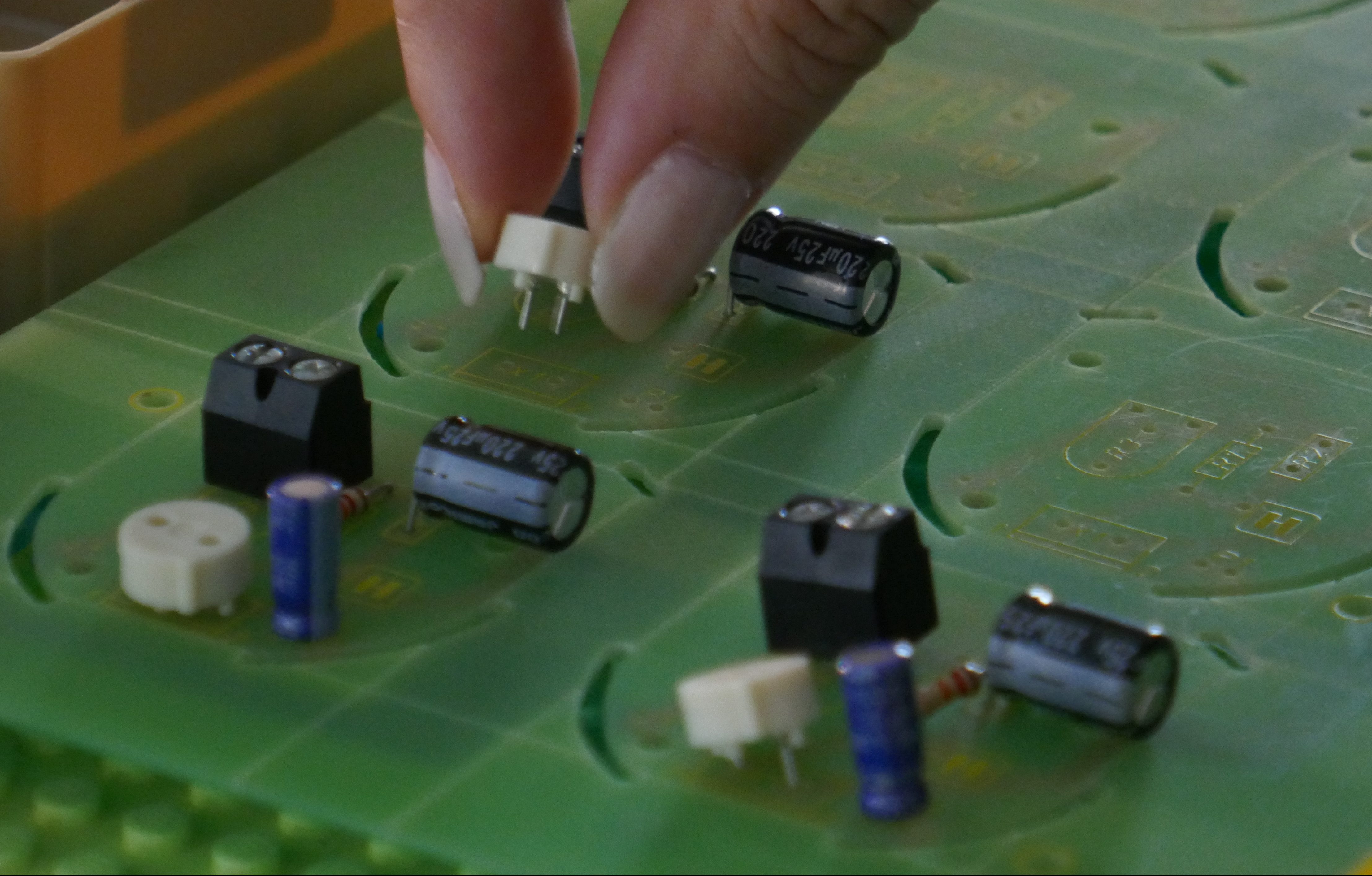 In a user study, effects and acceptance of our virtual assistant Gregor had been put to the test for the first time (Fig. 1). The study was conducted with a total of 28 participants divided into two different groups: 13 participants were people with intellectual disabilities from the vocational and educational sector (BBB) of the GWW (from German: non-profit workshops and dwellings), 15 were students of the University of Applied Sciences in Offenburg.

The assigned task of the study was a typical assembly process of five steps. These steps had to be repeated in the correct order, eight times in a row.  Gregor was used as a virtual assistant to explain the individual work steps and to guide the participants step by step through the entire assembly. After one step had been successfully executed, the participants were praised by Gregor.

Using eye-tracking glasses (Tobii Glasses 2), the participants’ eye movements were recorded during the entire task. The progress data is meant to show how strongly Gregor distracted the participants from the actual task.

After completing the assembly process, the participants received a questionnaire which assessed participants’ acceptance and subjective opinion of Gregor. It was asked, for example, whether Gregor was perceived as helpful or annoying and if the participants felt motivated by Gregor’s praise.

In order to evaluate the effect of Gregor even better, a control group had been assessed: the students completed two comparable but not identical assembly processes: one with and one without assistance. One-time Gregor guided the students step by step through the installation, the other time the students had to complete the task independently using reference images.

The great enthusiasm of the participants of the BBB during the study already indicated a high acceptance of our virtual assistant even before analysing the actual statistics. It was repeatedly stated that Gregor had been helpful in avoiding errors and had contributed to a more focused work process.

Based on the detailed analysis of the study, we will identify improvements for the system, for instance text-to-speech support for work instructions. These improvements will then be integrated into the next prototype. The results can then be used by all project partners to further develop the incluMOVE system and to adapt it even better to its target group of people with intellectual disabilities.

The task to be solved was defined!