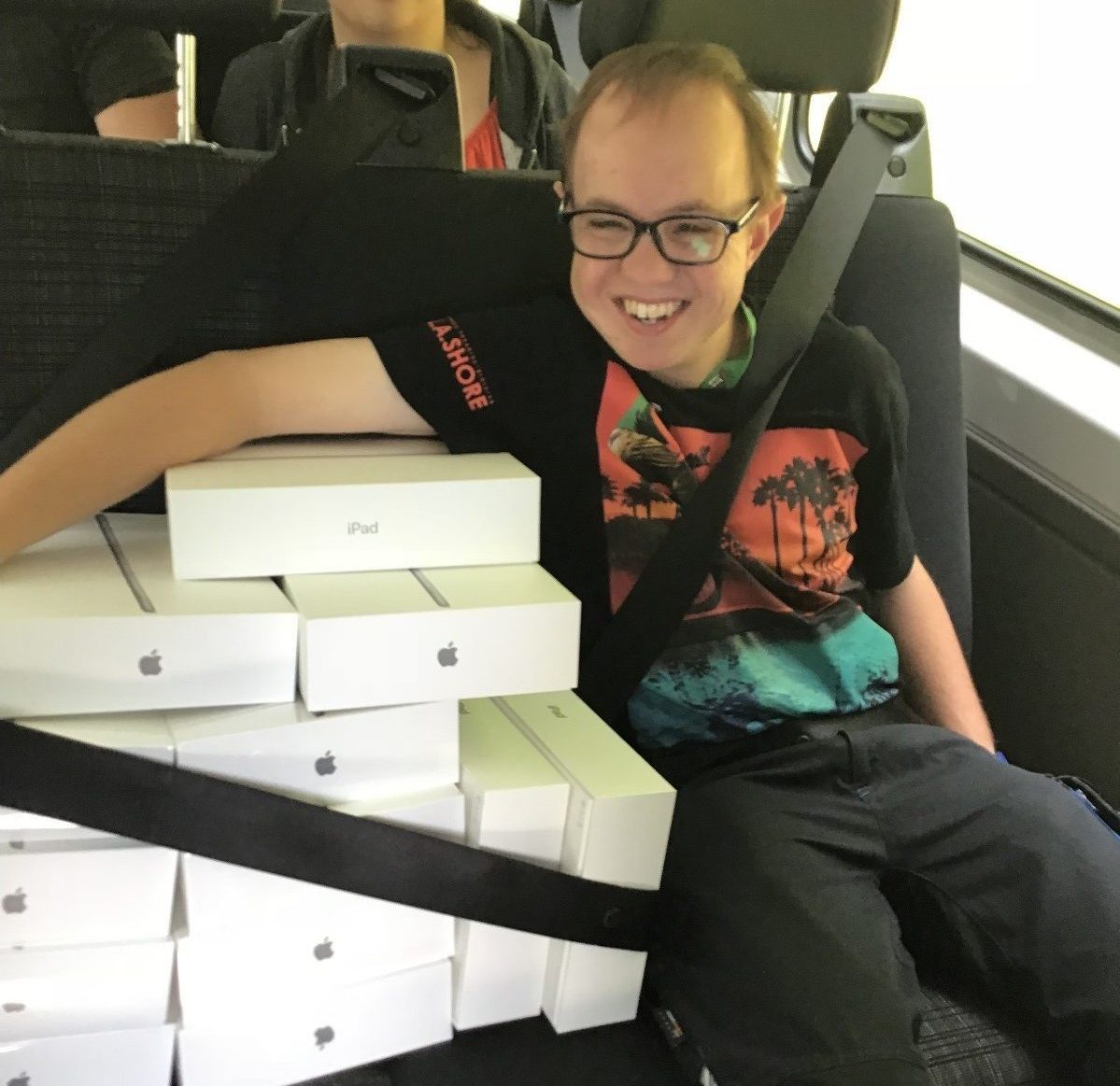 Using digital media was the main focus of the incluMOVE project workshop on 06/18/2018. All participants were equipped with an iPad  tablet to explore interacting with the device and to enable the main purpose of the workshop: training in media literacy. The resulting joy and enthusiasm shown by several participants was hard to miss. 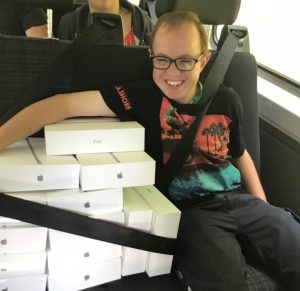 The provided feedback by those participants was that most could not believe that they were involved in such a significant project where they could actually use and work with tablets and where their opinion actively contributes to the endeavor.

Although the main task proved to be difficult for some, all participants demonstrated great enthusiasm and interest in the activity. First challenge of the day was setting up the tablet.  A guidance counselor could be asked for assistance throughout this task. This task was set up as a group task to support group cohesion, the individual social competence of the participants and to build a positive group culture. The participants were selected so that a heterogeneous group could be formed. Hence, main focus of this task was not only media literacy training, but also reflection of the participants’ communication behavior and the role allocation in the group. 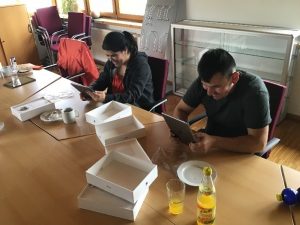 Second task of this day was to sign up for an email account that would be used throughout the entire project under assistance from the digital counselor Justus (Powtoon). Due to the overall high acceptance of the digital medium, this task proved to be no issue for most participants. The main purpose for creating an email account was to provide the participant with other eductional-methodical tools, individually tailored to the participant, in digital format. Secondly, to serve as a means of communication between both participants and also with their guidance counselor outside of the project sessions. 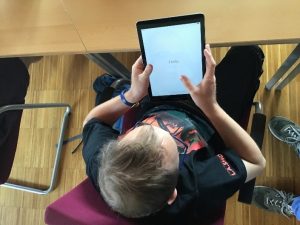 In conclusion this proved to be a project session where the participants’ media competence could be reinforced. Specifically, interacting with a tablet device, thus providing them with the know-how to easily use a tablet integrated in an interactive media enhanced work environment without difficulty.

A user study on the acceptance and impact of Gregor