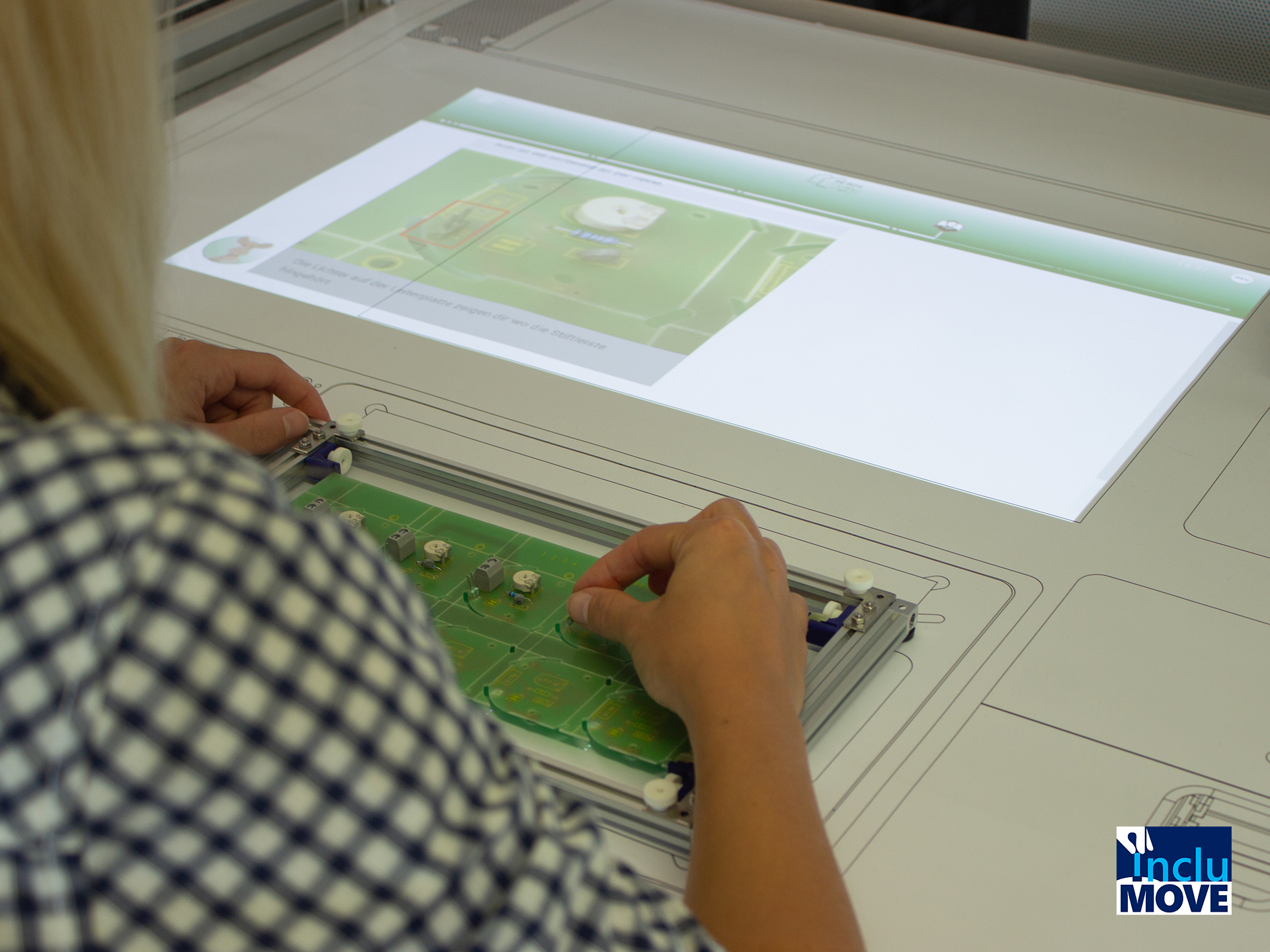 Electrical assembly, projection and Gregor meet and are implemented in the first prototype in the incluMOVE project. At the milestone meeting on Monday, 16.09.2019, the first version of the incluMOVE demonstrator table was presented to the project sponsor and the project partners. Under the guidance of Gregor, our digital assistant, you learn how to assemble a Honeywell circuit board.

The milestone meeting successfully initiated the next phase of the incluMOVE project. The preliminary work carried out during the project period will now be merged and made available to the users of the vocational training group. The first step was taken by Femos Gmbh and the University of Applied Sciences Offenburg by preparing an exemplary assembly task in a didactic way and making it visible in the chat interface as well as via projections.

Our assistant Gregor explains step by step how to assemble a Honeywell board via a chat interface. The user follows Gregor’s instructions using images, text and sound. Augmented reality elements such as pick-by-light assist in finding the correct individual parts. The incluMOVE demonstrator is now being iteratively optimized by integrating the remaining components, such as an assembly aid, an object camera for quality assurance or gamification elements, into the system. In regular workshops the partners of the project meet, integrate new functionalities and evaluate the current condition of the system.