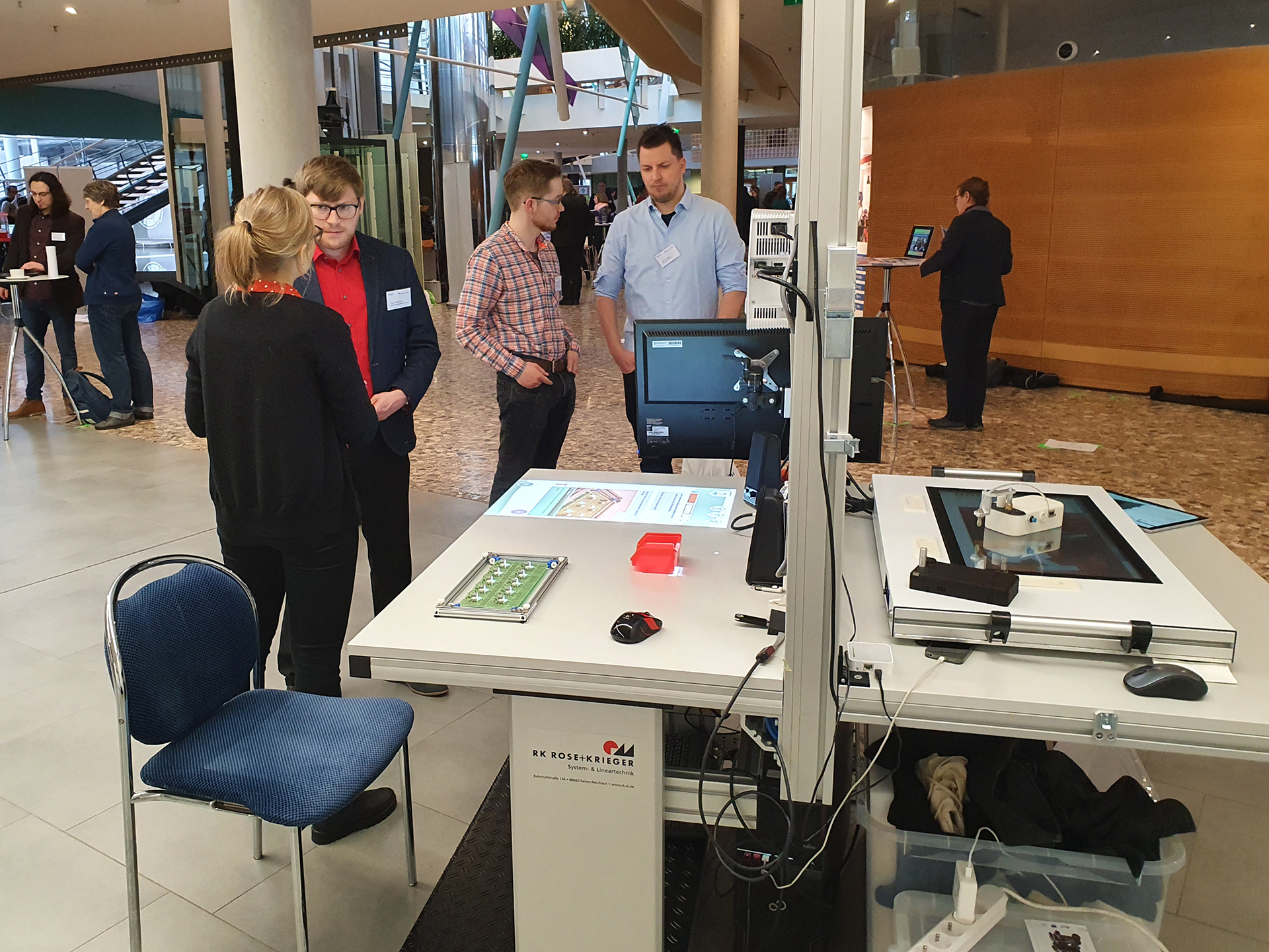 As part of the BMBF’s funding program “Digital Media in Education and Apprenticeship”, this year’s status conference “eQualification: Connecting Studying and Working Digitally” from 9 to 10 March 2020 took place in Bonn. During this conference, representatives of all funded projects had the opportunity to gather information and exchange views regarding the use of digital media in education and apprenticeships.

The impulse lecture and the following discussion dealt with the fundamental question “Digitization – Hype or Necessity?” In the following idea competition, six projects introduced themselves in a very short amount of time and obtained further input for their work in so called World-Café Workshops. These inputs and ideas were then presented by the end of the event. The most outstanding ideas were awarded with a public and jury award.

All projects that did not take part in any idea competition had the opportunity to introduce themselves in an exhibition area. We too used this area to present our prototype subsystems of the incluMOVE project in unison for the first time, to get into conversation with interested parties and to establish networks with other projects.

Our project partner Femos gGmbH gave an insight into digital teaching methods in the education of people with mental disabilities. Visitors were able to watch the new informative video on labor safety, in which our virtual assistant Gregor stars in a leading role. Preparing content illustratively using your own videos is a central point in the apprenticeship of Femos gGmbH.

The virtual assistant Gregor was not absent in the actual application of the workbench either. Interested visitors had the chance to explore the new user interface of the incluMOVE workbench at our exhibition booth and were lead step by step through a tutorial for the assembly of circuit boards – of course with sufficient support of the virtual assistant Gregor Gouda and numerous new gamification elements.

Our project partner Fraunhofer IPA presented the current status of the placement aid – a prototype for the navigated execution of individual manual steps that arise in the course of the mounting task. Visitors could also try this out themselves. The system’s approach includes a table-side display in the form of a touch monitor and a mounting aid that can be moved manually and is equipped with a gripping tool. To support the positioning, the system provides visual and acoustic feedback when reaching the respective target position displayed for component pick-up or placement and during navigation between the individual positions.

Just like every year, eQualification 2020 was an informative and exciting event. Thanks to the discussion rounds, workshops and also private dialogues we received feedback, inspiration and were able to form new links for networking.

A user study on the acceptance and impact of Gregor